Academic success is celebrated in Alpha Gamma Delta—both as a group and individually. In addition to chapter-wide recognition for academic achievement, the Alpha Gamma Delta Foundation awards scholarships to more than 150 deserving sisters across the U.S. and Canada.

Here at OU, Alpha Gamma Delta puts a significant emphasis on academics. We utilize study programs to encourage our women to succeed academically and provide resources to do so, such as tutoring funds and study buddies 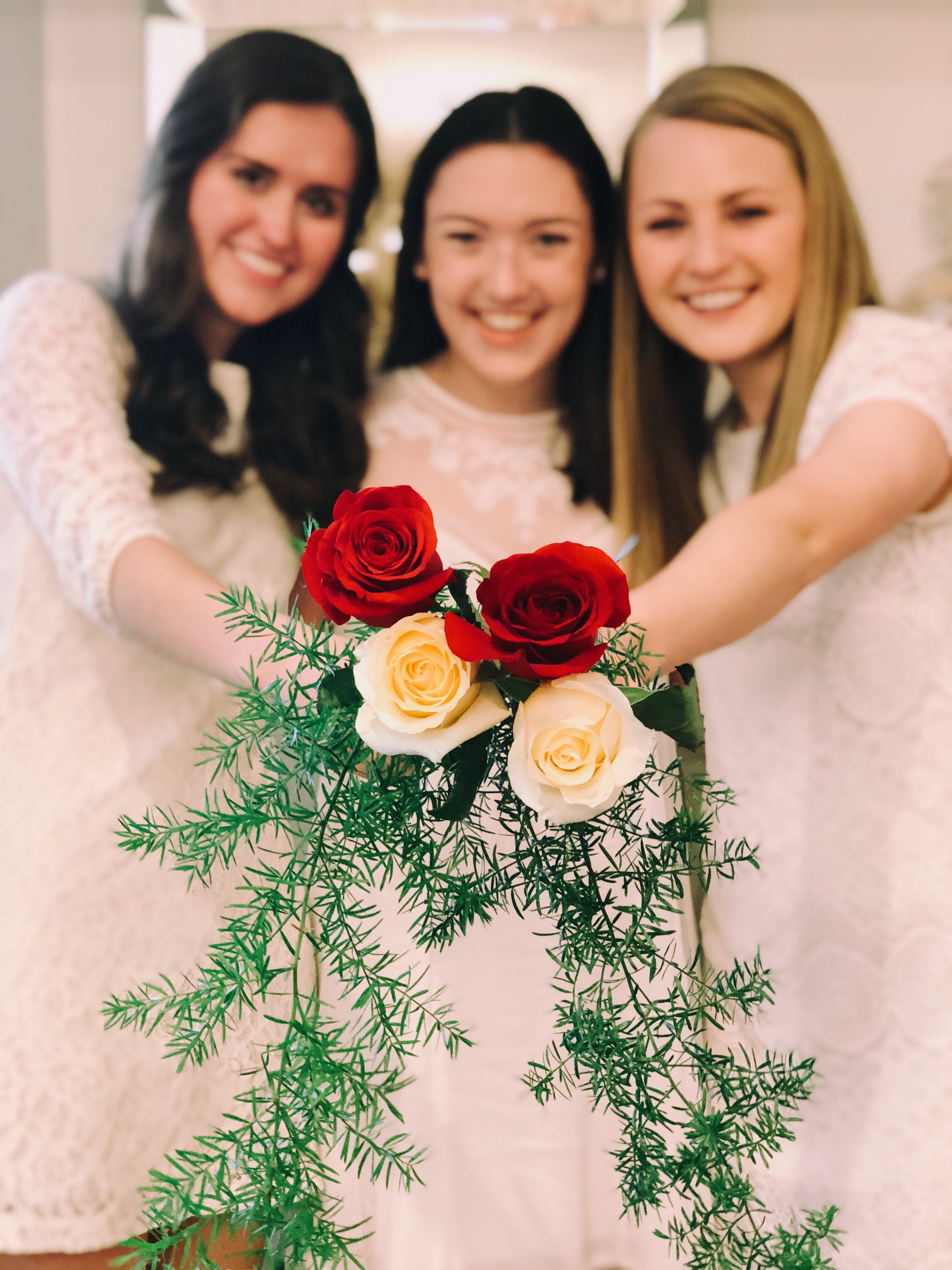 The Upsilon Chapter has four scholarships dedicated to its members.  These scholarships are named after three distinguished sisters.  The Scholarship Committee of the Norman Alumnae Chapter of Alpha Gamma Delta selects the recipients. With sincere gratitude, we thank Carol Robinson Burr for her administrative support of these scholarships from 1972-2015.

The Gertrude Hacker Kennedy Scholarship Fund (#40307) was established by Mrs. Kennedy in 1975 as an emergency aid fund for undergraduate members of Upsilon Chapter of Alpha Gamma Delta International Fraternity at the University of Oklahoma and was converted to an endowed scholarship fund in 1977. The late Mrs. Kennedy was an OU graduate and one of the most honored of Alpha Gam alumnae, both locally and nationally. With her husband, Donald S. Kennedy, president, and C.E.O. of Oklahoma Gas & Electric Company and a longtime trustee of the University of Oklahoma Foundation, their friends and other alumnae, Mrs. Kennedy continued to build the fund during her lifetime.

Two $1000 scholarships in her name are awarded annually from the earnings of the endowment to active undergraduate members of AGD who exhibit outstanding all-around achievement in scholarship, campus activities and service to Upsilon chapter.

The Agnes Milam Murrah Scholarship Fund (#41116) honors the memory of Mrs. Murrah, a 1927 graduate of the University of Oklahoma, who was active in support of her sorority, Alpha Gamma Delta, throughout her lifetime. The fund was established by several of her friends in the wake of the 1995 bombing of the Alfred P. Murrah Federal Building in Oklahoma City, which was named in memory of her husband, a distinguished judge of the U.S. 10th Circuit Court of Appeals who died in 1975. Known for her civic and charitable activities and support of the Alpha Gamma Delta Alumnae Club of Oklahoma City, Mrs. Murrah died in 1992 at the age of 87.

The $1000 scholarship is awarded annually to the outstanding new member of Upsilon Chapter of Alpha Gamma Delta from the preceding year’s class. The principal donor to the Murrah Fund has been Sharon Hartin Iorio, of Wichita, Kansas,

The Gwen Wilson Zwick Scholarship Fund (#41860) was established in 2005 by her friends in the Alpha Gamma Delta Alumnae Club of Oklahoma City to honor her lifetime of devoted service to the sorority’s undergraduate chapters, Upsilon Chapter at the University of Oklahoma in particular, as well as the Alpha Gamma Delta International Fraternity. Mrs. Zwick graduated from OU in 1934, having served as Upsilon president her senior year. She died in 2006.

The endowment in the University of Oklahoma Foundation received generous support from Mrs. Zwick and her family, other alumnae and continuing annual gifts from the Oklahoma City Club. The recipient of the annual Zwick $1000 scholarship goes to someone the scholarship committee feels exemplifies on an undergraduate level the standard of service that Mrs. Zwick set for Upsilon chapter.

The Alpha Gamma Delta Enrichment Fund (#33638) was established in the University of Oklahoma Foundation in 2014 to benefit Upsilon Chapter of Alpha Gamma Delta International Fraternity.  This fund will create new scholarship funds to help the chapter.

Alpha Gam alumnae and friends who would like to be a part of the chapter’s scholarship program can send checks payable to the OU Foundation, 100 Timberdell Road, Norman OK 73019, specifying the Kennedy (#40307), Murrah (#41116), or Zwick (#41860) fund or the new discretionary Enrichment Fund (#33638) on the memo line. Credit card contributions are accepted at the same address, using Mastercard, Visa, Discover or American Express, by including the donor’s name, address, credit card company and card number, expiration date, the gift amount and the name of the fund.  Members of companies or other organizations that match charitable contributions should include the completed form from that company.   For more information, contact Catherine Seaton Oster, ceoster@me.com.